How the University of Texas El Paso Uses LabStats

The University of Texas El Paso used LabStats to improve communication, optimize a limited budget and justify decisions to leadership. 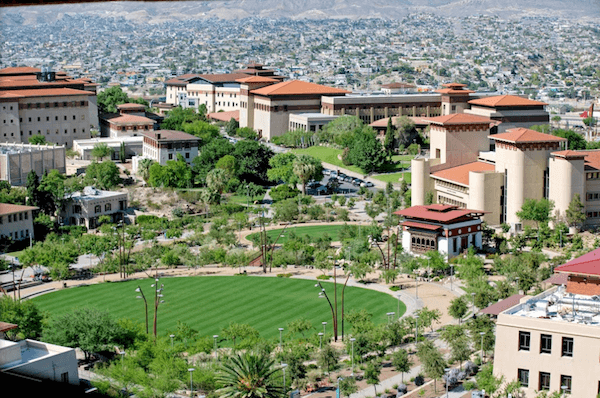 Are you considering opening new labs or adding software, but dealing with a limited budget? Do you struggle to manage multiple labs across campus or keep administration informed? You’re not the only one.

We recently spent time with Lizette Gameros, the Director of Support Services at the University of Texas El Paso (UTEP). The challenges Lizette was facing are all too common. She shared what her university was dealing with, and what they did to resolve the issues.

UTEP has 18,000 full time students and provides access to 1,400 computers. The computers are distributed across 40 labs around campus. Lizette and her staff manage the 3 main labs directly, while the remaining labs are managed by departments or independently. The budget for support, software and equipment come from student fees.

Lizette was facing a wide range of challenges.

UTEP has a total of 40 computer labs on campus. Lizette manages the 3 main labs, but collaborating with the other 37 labs (some led departmentally) was a challenge. To get everyone on the same page, Lizette started basing budget decisions on usage data from LabStats. If any lab managers requested upgrades or additional resources, they would have to back it up with usage data. This improved collaboration across the 40 different computer labs, and ensured that money spent was actually used.

Dealing with a data-driven boss

Lizette’s boss was very data-driven and constantly requested more information. She and her staff spent a lot of time and effort gathering and presenting data. They developed an in-house solution in attempts to streamline the process, but there were a lot of discrepancies in the data and other lab managers that reported to Lizette weren’t able to replicate their results. Once Lizette got LabStats, she simply asked her lab managers to install the client and check in on their data to ensure accuracy. Lizette and her team were able to quickly pull reports, export and share them with her boss, to satisfy all requests for data.

Lizette was also dealing with a restrictive budget and trying to make the best of it. When two labs needed computer replacements based on age, they couldn’t afford to refresh both labs and had to decide who would get the funds. Lizette ran LabStats reports to determine which computers were used most often and served the most students. Based on usage and student demand, Lizette was able to focus upgrades on the lab that needed it most.

Adobe’s fluctuating licensing posed a challenge to Lizette. She wanted to provide the expensive, yet necessary Creative Cloud to as many students as possible, but the unpredictable pricing was difficult to forecast in the budget. To determine where the money would be best spent, Lizette ran a LabStats report that showed usage of Adobe CC in her largest lab with 300 computers. She was able to determine that she could reduce the subscription to 10 licenses, without sacrificing student satisfaction.

Opening new labs and deciding what to install

While Lizette was planning to open new labs, there were conflicting opinions about installing stand-up kiosks. Administration questioned the comfort of the kiosks, and whether they would actually get used. So Lizette used LabStats to run a report of another lab that had stand-up kiosks, and showed that they were the most highly used equipment in the lab. With the new data in hand, Lizette was able to justify her decision to administration, and move forward with installing the kiosks.

More on Data, Use Cases

LabStats has been trusted by over 1,000 colleges and universities all over the world to help monitor and report on campus computer lab usage. LabStats has been the preferred hardware and software tracking solution among higher education IT professionals for over 15 years, and it keeps getting better.

Can Your School Reduce Software?

How to Reconfigure Labs for Social Distancing

Created in Response to COVID-19, Essential for Fall 2020